Optometri$t is a hip hop artist (emcee / producer) straight from Staten Island, NY. His tenacious delivery and various flows shows his elite skill level of an emcee. He produces most of his own tracks as well. His production style is mainly boom bap and his pen game is descriptive and visual as that of a lyrical individual that'll split your wig in two like pistol whips do…just a glimpse of some wordplay that may be displayed once you press play. His musical hip hop influences are from the late 80s to early 2000s wordsmiths such as Rakim, Big Daddy Kane, Slick Rick, Boot Camp Clik, Wu-Tang Clan, Nas, Redman, Snoop Dogg, Sean Price, Eminem and 50 Cent…just to name a few.

Opt’s discography are as  follows: Super Rhymes: The Pen & Pad Chronicles, his debut album released in 2006; Whoz Ya Favorite Emcee?! Vol 1, which was a mixtape released in 2009; his second album Boom Box  Material was released in 2015. He has released several singles through his campaign called Bump Day, which every Wednesday “hump day” he drops a new song. Opt has an energetic crowd participation requirement type of performance. He always engages the audience whether it's 5 or 500 heads in the building. Some of the stages that he performed on were at Staten Island Yankees Stadium, SOBs, Jus Gimme The Mic: Ralph McDaniels Video Music Box, EOW: Club Pyramid, Park Hill Day and more. He has also won 1st place in competitions such as St John's University Express Yaself 2.0, FEDS Magazine Rhyme and Reason, and Supreme Bars Mc Producer Battle (producer). 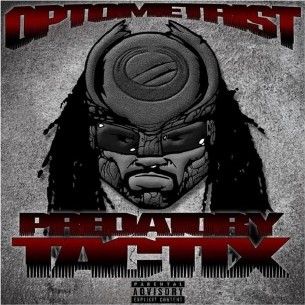